To be motivated is to be moved to take action. Extrinsic motivation refers to doing something not for its inherent enjoyment, but for a separable outcome (rewards).

An opposite type of motivation is intrinsic motivation, which refers to engaging in an activity for its pure enjoyment rather than for a separable result.

There are many examples of extrinsic motivation around us.

These are all examples of extrinsic motivation because the outcomes are separable from the activity’s innate enjoyment or satisfaction.

The discussion on motivation can sometimes be confusing.

Sometimes intrinsic and internal motivation are used interchangeably in the media and even in academic publications.

It is important to know that internal and intrinsic are not synonymous. Neither are external and extrinsic.1

For example, if a child does homework to avoid being punished by his parents, the action is clearly caused by external “rewards”. He is doing it for a cause separate outcome of not being punished. This child is therefore externally and extrinsically motivated to do homework.

So extrinsic motivation can be caused by both internal and external rewards.

To avoid confusion, we can refer to them as psychological rewards (internal) and tangible rewards (external).

When people are extrinsically motivated to engage in a behavior, the quality of engagement, persistence, and creativity all tend to be worse.2

Sometimes, extrinsic motivation can even backfire causing one to do the activity less.3

Despite the drawbacks, extrinsic motivation is still important especially in education and in the workplace.

Not all activities are enjoyable for everyone.

Fortunately, there are several different types of extrinsic motivations and some are more desirable than others.

These definitions are quite technical.

However, understanding the differences can you help understand how to motivate someone effectively even when that person is not intrinsically motivated.

External regulation results when a behavior is performed to satisfy an external demand or receive an externally imposed reward contingency.

An externally regulated behavior is experienced as controlled or alienated.

An example would be a student who tries hard to get a good grade to get a toy from his parents. Although the behavior is intentional, it is controlled by an external contingency rather than being autonomous.

Introjection means taking in a regulation but not fully accepting it.

Although the goal of such activity has been accepted, it is still not experienced as fully part of the self.

An example would be a student who crams for an exam because she believes if she doesn’t do well, others would look down on her.

In this case, although the intention is internal in the sense that it does not require overly external drive, it still feels external or separate from her sense of self.

Introjected motivation is a form of internal (a.k.a. psychological) motivation because the actions are controlled or coerced by internal contingencies rather than being self-determined.

This is a less controlling form of extrinsic motivation.

Identification means the person has adopted a behavior as personally important and accepted it as their own.

Here people would not engage in an activity simply because they feel they should. They are doing it because of their belief in personal importance.

An example would be a student who studies very hard for the SAT exam because getting into college is personally important to him. He studies hard because doing well and being accepted by a college is an important self-selected goal. Though the behavior is extrinsically motivated, it is still relatively autonomous. It would be different if a student does it because he thinks he “should” go to college like everyone else and will feel like a failure otherwise (introjected regulation), or because his parents are pressuring him to do so (external regulation).5

Integration occurs when the identified cause has been fully assimilated to the self.

The person has examined the cause and found it compatible (unconflicted) with one’s own values and needs.

Despite being extrinsic, integrated motivation shares many similar qualities as intrinsic motivation.

Some researchers even refer to this type of motivation as intrinsic because one has internalized the extrinsic cause to become their own intrinsic values. 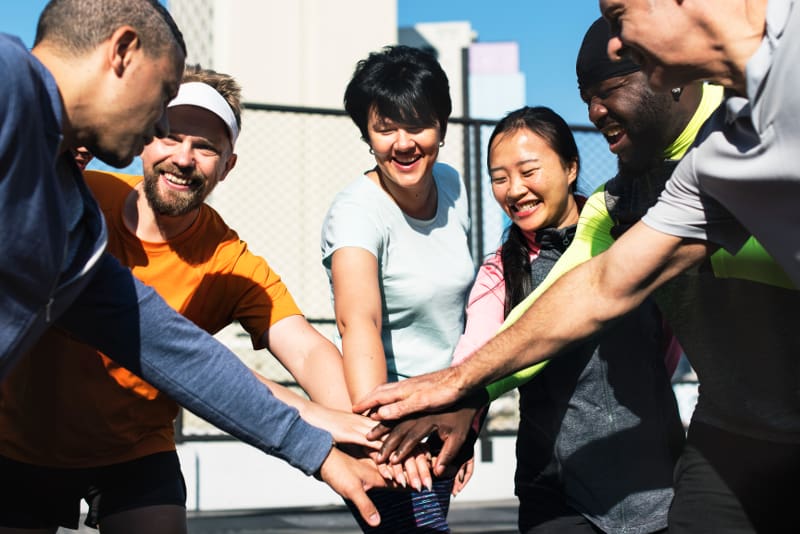 The four types of extrinsic motivation lie on a spectrum of autonomy, from the least autonomous (externally regulated) to the most autonomous (integrated).

Studies show that when motivation is internalized, one becomes self-determined and conducts an activity autonomously, producing higher quality results.

Psychologists have found that there are 3 criteria for internalization to happen: autonomy, competence, and relatedness.6

Personal autonomy, which refers to self-initiating and self-regulating of one’s own actions, is a critical condition for internalization.2

When people are free from pressure to do an activity, they act with a sense of autonomy resulting in higher quality performance.5

Optimal challenge means the activity is above one’s ability but at a manageable level.

Relatedness turns out to be quite important in turning externally regulated motivation into an integrated or even intrinsic motivation.

This is why having a partner you feel connected to in the activity can be very motivating, especially if that person values highly the activity.

The post Extrinsic Motivation appeared first on Parenting For Brain.

Hello joyful parents! Last weekend, we saw an uplifting moment where the people of Malaysia came together for the GE...
Read More

SPREADS JOY TO KIDS IN NEED THROUGH [FACEBOOK LIVE AUCTION]

JOYKIDS made a cheerful change when we organised an online auction in support of House of Joy, a children’s home in P...
Read More