Hugging – 7 Benefits For You And Your Child (Backed By Science)

Why Is Hugging Good For You? 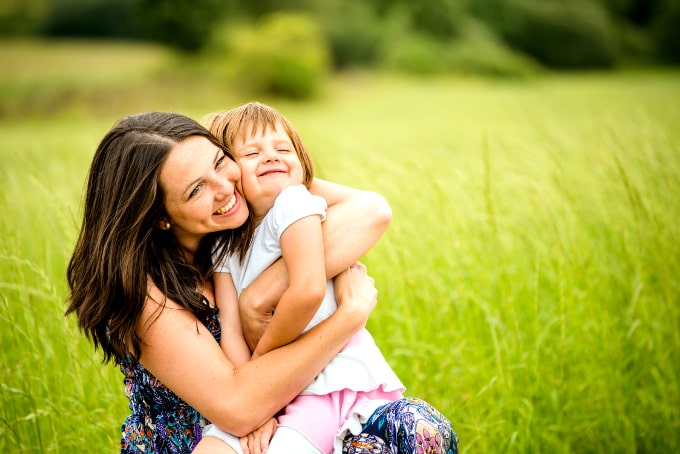 When we are sad or disappointed, a big warm hug can alleviate some of the pain.

When we are happy, we want to share the joy by giving others a bear hug. So we intuitively know that hugs are good.

But there are other benefits besides feeling warm and fuzzy. Turns out there are important scientific reasons why hugs are good for you and your child. A 20 second hug can help your child grow smarter, healthier, happier, more resilient and closer to the parent.

Here are the scientific benefits of hugging.

The Science Of Hugs

A young child’s growth needs a lot of different sensory stimulation for normal development. Skin contact, or physical touch such as hugging, is one of the most important stimulation required to grow a healthy brain and a strong body.

In Eastern European orphanages, infants are rarely handled or touched. They often spend 22 to 23 hours of the days in their cribs. Propped bottles are used to feed them and care is routinized with minimal human interaction. These children often face many issues including impaired cognitive cognitive development.

Researchers found that when institutionalized infants received an additional 20 min of tactile stimulation (touch) per day for 10 weeks, they subsequently scored higher on developmental assessments.

Studies also found that not all types of touch are beneficial. Only a nurturing touch like gentle hugging can provide positive stimulation a young brain needs to grow healthily.

When children are deprived of physical contact, their bodies stop growing despite normal intake of nutrients. These children suffer from failure-to-thrive. This growth deficiency can be improved when nurturing touches and hugs are provided.

Hugging triggers the release of oxytocin, also known as the love hormone. This feel-good hormone has many important effects on our bodies. One of them is growth stimulation.

Studies show that hugging can instantly boost the level of oxytocin. When oxytocin is increased, several growth hormones, such as insulin-like growth factor-I (IGF-1) and nerve growth factor (NGF), are increased as well. The nurturing touch of a hug can enhance a child’s growth.

Hugs are healthy. The increase level of oxytocin can strengthen immune systems. It lowers the plasma levels of thyroid hormones causing wounds to heal faster.

Time for a Hug

Hugs are good for a child’s emotional health. Nothing can calm a tantrum throwing toddler faster than a big hug from Mom.

Many parents worry that hugging a tantrum-throwing child is rewarding bad behavior with attention. But it is not. 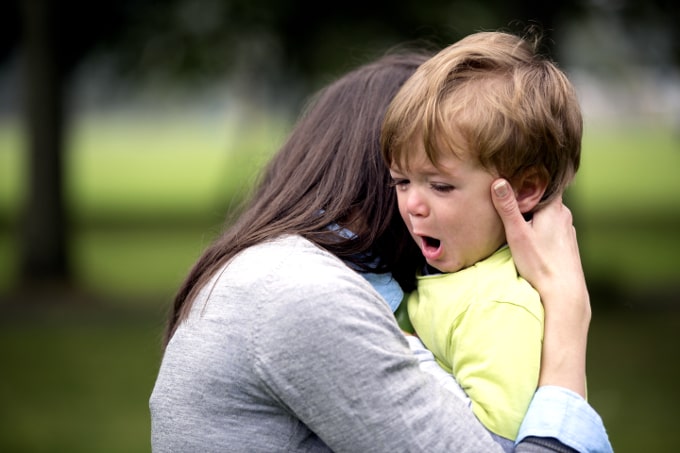 When a toddler is having a meltdown or a child is throwing an emotional tantrum, they are not being stubborn. They are simply losing control of their emotion. They cannot self-regulate.

When a child cries intensely, the arousal branch (gas pedal) is overactive while the calming branch (the brake) is underactive. Imagine driving while pressing the gas pedal all the way and not applying the brake. You have a runaway car.

Children in tantrum is exactly like a runaway car. They are extremely aroused while the calming mechanism is disengaged.

If your child disobeys you and drives a runaway car, do you let it crash because you don’t want to reward him with attention?

Of course not, right?! You stop the car to rescue him first and then lecture later.

Hugging a child in tantrum is the same. You are helping him avoid an emotional crash.

Hugging triggers the release of feel-good hormone, oxytocin, that can lower the level of stress hormone and counter its anxiety effects. So hugging is releasing the emotional gas pedal while stepping on the brake.

At birth, children’s nervous systems are not mature enough to regulate big emotions by themselves. This is why toddlers having intense emotions have a hard time stopping.

During distress, high level of cortisol is released circulating through the body and the brain. When left for a prolonged period of time due to a young child’s inability to regulate, this toxic level of stress hormone will impact the child’s health, both physically and mentally. Studies show that excessive exposure to stress hormone can compromise the child’s immune system and affect memory and verbal reasoning later in life. It can also  lead to depression when the child grows up.

Hugs trigger the release of oxytocin to lower the level of stress hormone and prevent harmful effects. Hugging helps children learn to regulate their own emotions and become more resilient.

7. Hugs Help You Bond With Kids

Go give your children a big gentle hug now and give them the gift of hug benefits. 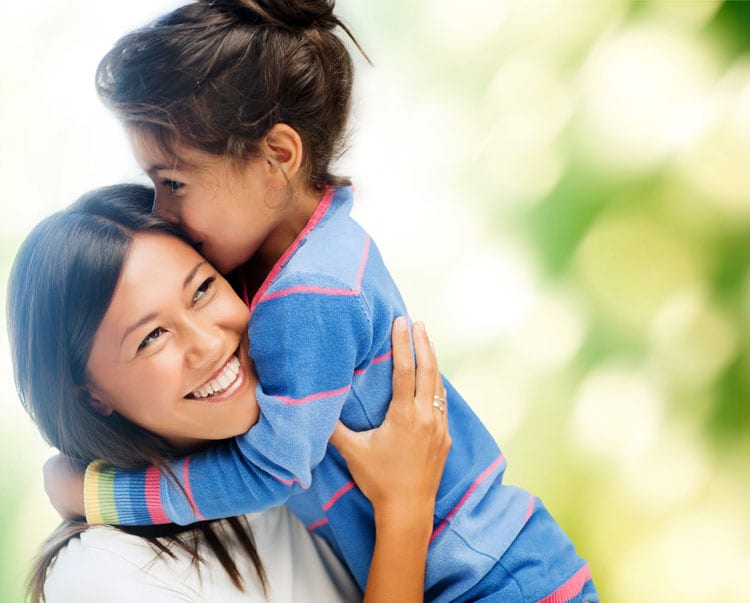 The post Hugging – 7 Benefits For You And Your Child (Backed By Science) appeared first on Parenting For Brain.